A key lock (de: Schlüsselschalter) is a mechanical device often electrically controlled from the interlocking. It is situated near the track and can have two basic positions. One of them is the key securely locked in and the other with the key released for removal. The key is a simple mean of authorisation transfer as its use allows the manual operation of a moveable element. The lock with control from the interlocking is called master lock, whereas the other locks being operable by the released key are the slave locks. 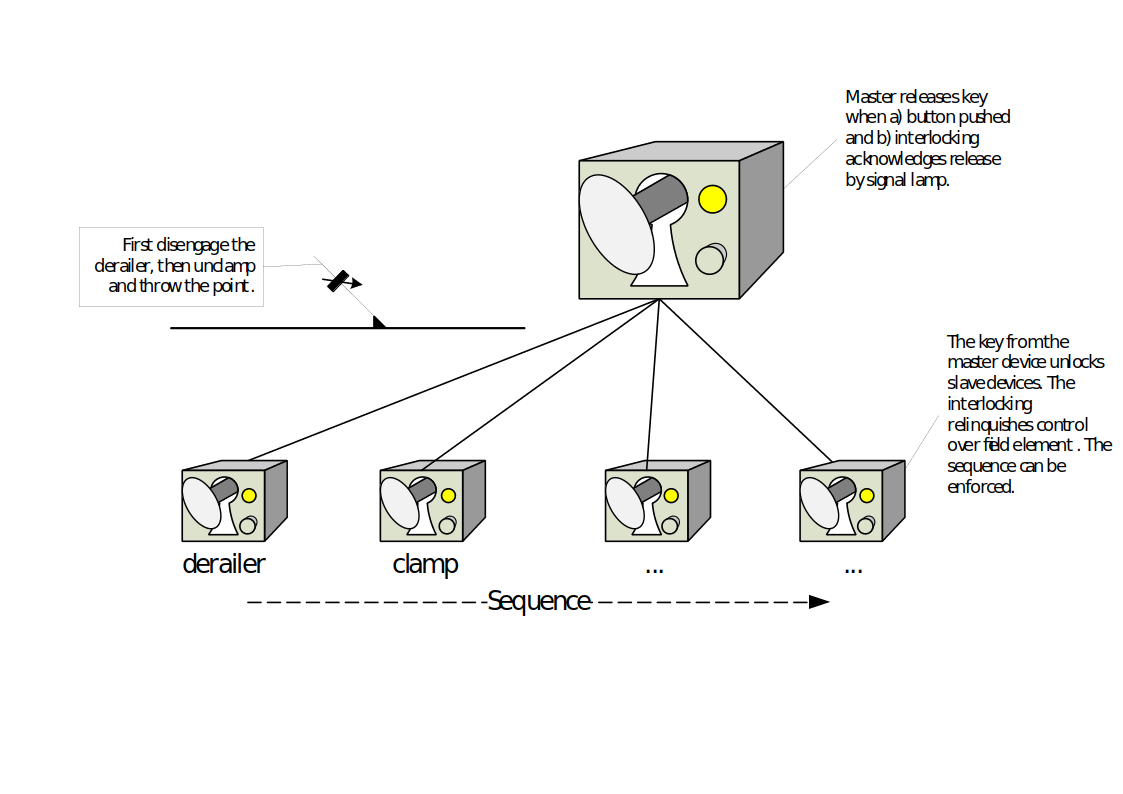 Note that the lock is a track asset defined in infrastructure namespace. The interlocking reads the state of the lock and returns permission to remove the key, i.e. levelOfControl=fullControl.

A combined lock has a master lock that controls a set of slave locks that can be operated with the key from the master lock but are not connected to the interlocking. Slave locks may have to be released in a well-defined sequence.

The key lock is defined by the following attributes and elements: