An interlocking can have several interfaces of different type with field elements and neighbouring interlockings. If the connecting components are from the same supplier, their interfaces to the interlocking do not need to be defined in a special way. Third party components usually have interfaces with rather individual features. Thus it needs to be defined which information is exchanged and in which way to allow a clear description of the interface. The information may be transferred by particular telegrams, bit masks and/or relays. Independent of the physical implementation it ends up with a list of commands/messages send in either direction as well as the related initial status assumed on start-up.

The interface is described by the following attributes and elements

Sample Interface for NOR Level Crossing

A level crossing is a typical field element with a special interface to the interlocking. Here is the example of a particular level crossing type as used in Norway. The first picture show the signal flow in an overview. 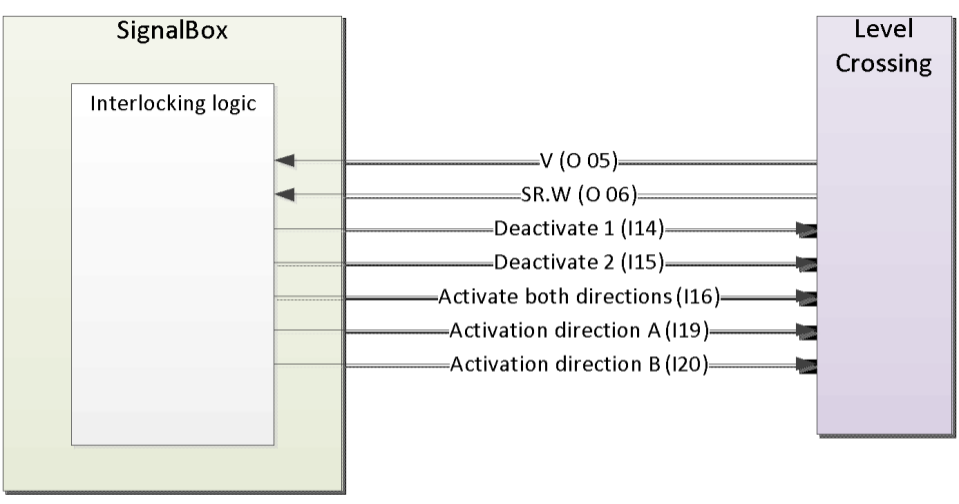 Finally the detailed list of inputs and outputs are transformed into the equivalent in railML as shown below.

The above figure illustrates the situation of an interlocking interface with some information transmitted between both interlocking. The elements and attributes used for description of the interface are: