Each IM has clearly his own set of signal aspects he uses for controlling train traffic. They are defined in <hasAspect>. Beside these individual characteristics, there are some common principles, which are considered here. At first the wide range of signal aspects can be categorised in several groups for the description of their meaning – the so-called @genericAspect. There are the following possibilities on the list:

In addition to the generic meaning, the aspect shall have a specific naming in <designator> and @id to refer to it.

Just for illustration an extract from the operator’s manual (togframføringsforskriften) is given here including the optical appearance which is not included in @genericAspect. The mapping between the aspect and the activated lamps might be done with another genericType but this is currently not yet implemented. 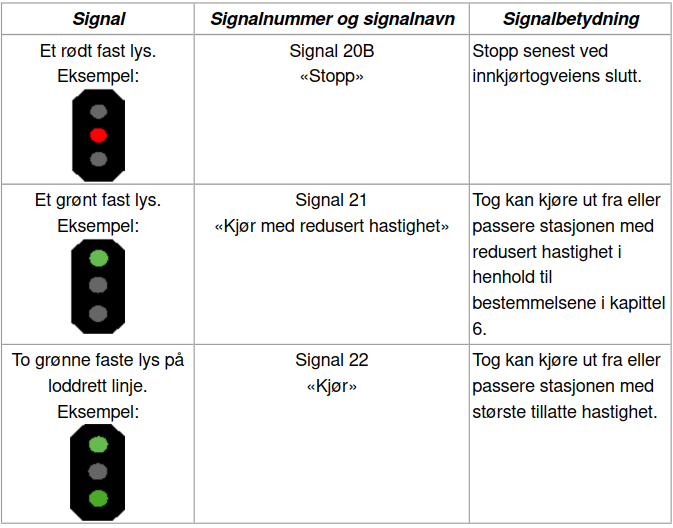 The related distant signal aspects would look like this in railML: 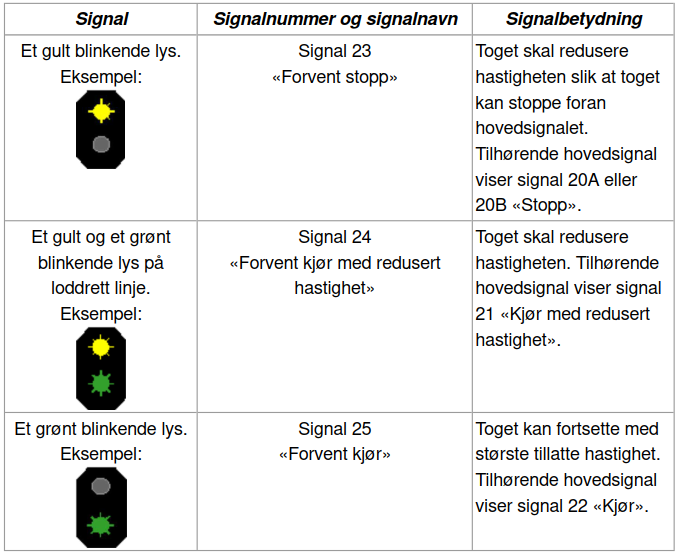